Community as a Human Necessity

"The opposite of addiction isn't sobriety – it's connection."

This is the premise behind a fascinating viewpoint on human relations and the importance of community proposed by Swiss writer Johann Hari, author of "Chasing the Scream" and "Lost Connections." In the former, he expands on this view as follows:

It is not a coincidence that opiate addition is dramatically higher in West Virginia--where people have lost their communities, their economic security, and their sense of status--than among (say) the student body at Harvard, despite the fact that on average Harvard students have much better health insurance and so would find it easier to get hold of prescription opiates.

The places with the biggest opioid crises are also the paces with the highest suicide rates and the highest antidepressant prescriptions--which help us to see that what is really going on is an epidemic of deep disconnection...

Hari has been interviewed on numerous occasion for TV and print/online media.  That's where I heard him speak.  He even did a highly regarded TED talk.  Upon hearing his hypothesized relationship between a loss of connection and an increase in rates of addictive activity in society, I found myself understanding more clearly how important it is for us as civilized humans to build on those things that bring us together, rather than the issues and views that seem to pull us apart.

As Hari says, disconnection at the human level pulls the individual toward the use of addictive substances.  At the community level, it also erodes the sense of belonging and foments pessimism about the future.  In a positive sense, however, finding ways to connect with others by seeking common life goals and priorities can only help build more healthy communities. 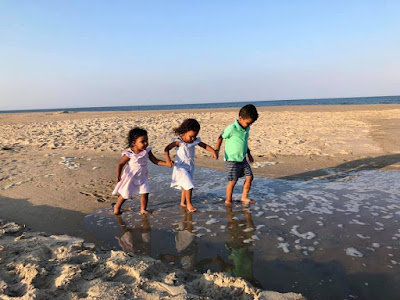 Families, schools, civic organizations, churches, social media, jobs and even the streets where we live provide opportunities to connect with others.  The simple act of getting to know your neighbors, for instance, and caring about their welfare is a good start. The activity of building those connections and extending beyond ourselves, in turn, helps us as individuals to find meaning in our lives.

And all of this is a prerequisite for... reaching common ground.