I began working with the community early in my career; and I’ll admit I first did so rather reluctantly. It was an unnerving prospect to face people you assumed didn't always like what you were doing. Over the course of time, I found that such interactions are extremely helpful to the success of the process. Once I learned to listen and respect their opinions, those neighbors ultimately became valuable contributors to the planning process.

Even more important for me, however, is that the community-related part of my job became one of the most enjoyable things I did at work. Even now, most of the positive, though obviously quite challenging activities I remember through the years are those related to working to solve problems with people who sometimes stood in opposition to my organizational perspective. You never feel more job satisfaction than after you've worked through some of these difficult issues and come out the other side with some level of understanding with the community.

Throughout my career, I’ve been fortunate to have been part of organizations where teamwork is fostered and where administrators rely heavily on the advice and expertise of their colleagues to solve problems.   Transparency and clear communication are important to the success in any organization, but they are traditionally the hallmarks of higher education, the industry wherein I work.  I enjoy working with people and I value the opportunity to seek varying viewpoints on a particular issue.  But, as I said earlier, it isn’t always easy.

In the mid-1990s, I was tasked with bringing the campus community and the local neighborhoods together behind a number of ambitious projects ahead of the 2002 Winter Olympics in Salt Lake City.  I joined the University of Utah as director of facilities planning two years prior to the award of the games to the city.  I began assembling a team almost immediately and together we worked continuously on a long-range campus plan that incorporated two Olympic venues on campus—the Olympic athletes village and the stadium for the opening/closing ceremonies—as well as rail transportation lines and pedestrian links.

In the end, Utah’s Olympic effort was a success and garnered the state a $40M profit, as well as $4B in new transportation infrastructure.  But in the beginning, the Olympic decision was quite controversial, as many feared the potential negative fiscal and physical impacts of the games they’d seen in other locations.  There were a number of factions on both sides and, for some reason, the placement of the Olympic venues at the university was a convenient lightning rod for criticism.  Residents of local neighborhoods were divided, with some favoring new development and others seeking the quieter, less-intrusive status quo.  Even the campus community itself was split on the issue.

I was given the responsibility of helping find that “common ground” on the development plans. So, together with my campus colleagues and our consulting team, we laid out a strategy for an unprecedented communications effort which would bring everyone together, build trust through an honest exchange of information, seek input and feedback on plans at an early stage, and then keep all informed of our progress.  Hundreds of meeting were held at all levels over four years.  We published newsletters, held workshops, and hosted numerous tours and public hearings.  I did interviews on television and radio, and volunteered to serve on civic boards and committees.

This effort took a lot of time, but it was well worth the effort.  Slowly, tensions were eased and working relationships evolved, as everyone began to realize that they would be heard and respected. Former critics even began to jump to the university’s defense and, in the end, the university’s facilities were cited as major contributors to the success of the games.

That was a transformative time for me. I had seen first-hand how valuable clear communication and a transparent decision-making process can be to the success of any organization.  I had also learned that meaningful progress in any organization is only made by bringing everyone together to work toward common goals. 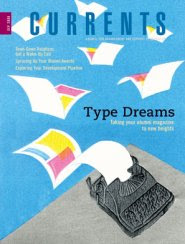 A dozen years later, I had the chance to recall some of those lessons learned in observations I prepared as part of an interview with Jennifer Salopek, the author or an excellent article on university/community ("town/gown") relations in Currents magazine. An admitted people watcher, note taker and a student of the most effective (and not so effective) public relations tactics used by organizations, I offered some thoughts based on both my personal experiences and those shared by others at conferences, in conversation, etc.

Here are some general trends that I thought were worth mentioning:

1. Over the last twenty years or so, I've noted that neighbors have become more informed. Seriously so. This is likely a result of the development of communication methods that get more information to more people in a shorter amount of time (i.e., the Internet). They've also become far more aware of their options for expressing their concerns and technology has helped make it much easier (and more comfortable) to share those concerns with decision-makers (e.g., city leaders, local legislators, etc.) who can help promote their cause.

2. As with most Internet communication, there is sometimes a lot of misinformation being shared. Institutions must stay abreast of what's being said and then provide enough correct information to enough sources that neighbors can easily find it. Again, not an easy task in this "information age," but one that is well worth the time and effort. I've seen a well-timed editorial or a friendly personal call to a key community leader work wonders.

3. Other than when there is a major conflict that gets everyone talking, I don't know that the general size of opposition (in terms of individual voices) has necessarily increased, but the tone of the arguments have sometimes appeared rather pointed--even personal. This is where some tools like informal (yet regularly scheduled) community meetings--on campus--can be very helpful. It provides a face-to-face opportunity to help replace concern with fact. It may not always resolve the concern, but it does help provide a basis for a negotiated understanding among all interested parties.

4. Organizations (including colleges and universities) have become far more willing to consider the community point-of-view in their planning, though some are dragged to this realization kicking and screaming. Others learned this years ago and some are only now finding the value in sitting down with the neighbors (so-to-speak). Regardless, the general interest in positive community relations as a subject for discussion at conferences speaks volumes about the way community conflicts have helped shape institutional plans and policies in recent years.

5. There is no replacement for diligence and consistency, both in message and application. If neighbors know who to call and that there will be regular, reliable, two-way communication of all types (written, online, meetings, etc.), they are more likely to participate in the process instead of simply firing complaints over the bow of organizational ships. I recall one in a long series of regular public meetings when a new face showed-up in the group. As soon as discussion of "old business" began, he jumped-in and began to express his frustration at the proposal on the table. He hadn't spoken more than a sentence or two when one of the others in the group interrupted him and said, "Hey, we've been discussing that for months. It's been debated and resolved and we'd like to move on to other things. If you'd show up more frequently, you'd know that."

Now it's been a number of years and my memory of the event has likely embellished his words to some extent, but the sentiment was clear. The meeting did go on and that project moved ahead. There are no guarantees you'll get someone so vocally supportive within your group, but unless you meet with them regularly, you'll never know.
Posted by Mark Beck